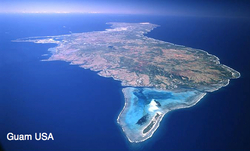 News from the Stars and Stripes digital magazine
Facebook Link to a VQ-1 squadron which was in the building next to me
Back in the day I wasn’t so lucky to have resources like these.
Military Assignment Guam
Orders to Guam? Have you received orders to Guam? Don't think of it as a year or more out of your life. This is a real opportunity for you and your family. Guam is real Pacific tropical island paradise and popular tourist destination with plenty of activities to keep you busy during your days and nights. Guam offers wide beaches, snorkeling and scuba diving, deep sea sport fishing, world class golf courses, lush tropical jungles and a rich cultural and historical heritage. The Commander Naval Region Marianas main base and Andersen Air Force Base maintain large, well stocked commissaries and exchanges, well equipped and managed Morale Welfare and Recreation (MWR) clubs and facilities to include golf courses, scuba and snorkeling training and tours, private military beaches a marina and other dedicated military recreational facilities. Guam's location approximatley midway between between Hawaii Japan make an ideal hub for travel back to the U.S. mainland, Hawaii, Australia anf the exotic Far East. While we canot cover everyting Guam has to offer in this limited space, we believe the information on this site will provide a good start planning your move. In many cases, we do not try and duplicate information available elsewhere, but point you to sites with the details you need.
More...